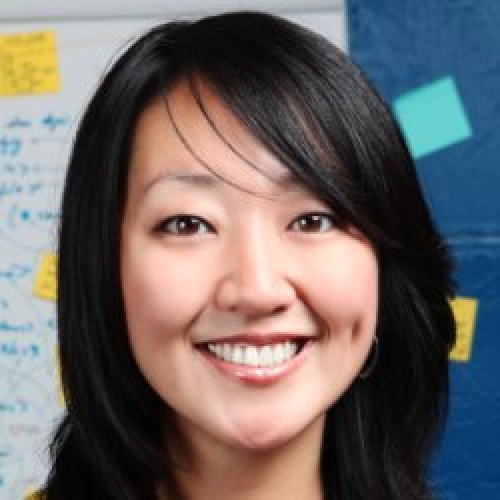 Rebeca Hwang is a managing partner at Rivet Ventures and co-founder of San Francisco-based YouNoodle, which focuses on helping companies and governments engage with communities of entrepreneurs and innovators for open innovation and co-creation processes. Currently, YouNoodle’s technology platform, Podium, helps power entrepreneurship initiatives by the governments of Chile, Malaysia and Korea as well as by NASA and seven out of the top 10 universities in the world. YouNoodle is also working with companies like Amazon, Microsoft and Intel to facilitate their engagement with entrepreneurs and to help strengthen their communities.

Rebeca was recently listed by Forbes as one of their 20 inspiring young female founders to follow on Twitter and recognized by the World Economic Forum as a recipient of the Young Global Leaders award. She was also listed on MIT Technology Review’s 35 Innovators under 35. Born in Korea and raised in Argentina, Rebeca was educated in the U.S. receiving both her undergraduate and graduate degrees from MIT in Chemical and Environmental Engineering. Her work has garnered three U.S. patents and since then she has added seven pending patent applications to her portfolio. Many of her early projects, which focused on clean water initiatives, received numerous accolades, including the MIT Ideas Prize, the Lemelson Award and recognition as a finalist in MIT 100K.

She went on to pursue a PhD on Social Network Theory at Stanford University. During this time, she co-founded the Cleantech Open (CTO), now the largest cleantech competition in the U.S. whose graduates have raised over $600 million and have created more than 2,000 jobs. Rebeca eventually took a leave of absence from her PhD program to co-found YouNoodle in 2007. Rebeca is a lecturer on “Technology Entrepreneurship” and the “Entrepreneurial Thoughts Leaders Program” at Stanford University and has spoken at events in roughly 20 countries on five continents.