More than 400 people attended the event, with many of the attendees being young entrepreneurs, students, incubator experts, venture capitalists, and government leaders.  The Summit connected well to Global Entrepreneurship Week, as the speakers came from Chinese Taipei, the United States, and Europe.  Marianne Hudson of the Angel Capital Association represented GEW in three event sessions.

The Summit included sessions on entrepreneurial trends, incubation, finding entrepreneurial “stars” and lessons learned from successful young entrepreneurs.  The energy in the event was particularly high during the session “Turning Points for Youth Entrepreneurship in the Changing Environment,” featuring TK Chen (CEO, Gumhoo), Wei Shuan Chang (Co-Founder, Womany.net), and Edgar Yen Chi Chiu(COO & Co-Founder, Gogolook Co. Ltd). The lively discussion followed the journeys of each entrepreneur, including taking risks, financing the business, how entrepreneurs make their decisions, and how they interact with mentors.

The Summit ended with a panel discussion on “Searching for Future Entrepreneurship Stars,”  (link to the third photo)moderated by Volker Heistermann, Managing Director of Yushan Ventures and facilitator of Startup Weekend, and joined by panelist James Hill, Head of International Business Development at Cubie Messenger and curator of the Taipei StartupDigest newsletter, a localized version of StartupDigest.  Volker and James brought the Kauffman Foundation’s 54-hour Startup Weekend event to 6 major Taiwanese cities in 2012, including the world’s first software-hardware themed “Startup Weekend Taiwan Hardware” event in September 2012.  The panel focused on future opportunities and challenges for young entrepreneurs in Chinese Taipei.

Prior to Startup Weekend, the startup community in Taipei lacked an event in which different members, developers, designers, marketers and business, could come together and test new ideas. Failing is a key part of the entrepreneurial experience, Startup Weekend in Chinese Taipei has provided a secure environment in which to 'fail fast', encouraging attendees to make the jump and learn from their experiences.

StartupDigest aims to connect all segments of the startup community, and is currently the city's only bilingual events list for startup and tech events. Over 1200 people subscribe each week, and have been such a success that a Southern Chinese Taipei edition was started to encourage and nurture entrepreneurs based in the southern Taiwanese cities of Kaohsiung and Tainan.

This year, Chinese Taipei has proposed the “APEC Start-up Accelerator Initiative (ASA)”during the 19th APEC SMEMM and was also endorsed successfully by the leaders in 2012 APEC Leaders Meeting. Next year, to assist new startups and entrepreneurs in the Asia Pacific Region, they will have series of events, such as the APEC Start-up Accelerator Demo Day and Leadership Summit, and it would be a great opportunity for SMEs to be connected with one another, and share experiences on successful entrepreneurship.

With joint efforts being made among APEC 21 economies, the strength and growth of the entrepreneurship ecosystem in the Asia Pacific Region will certainly be enhanced, leading APEC into a more innovative and energetic stage.

YES Taiwan 2012 was led by the Youth Career Development Association and sponsored by theSmall and Medium Enterprise Administration, Ministry of Economic Affairs. 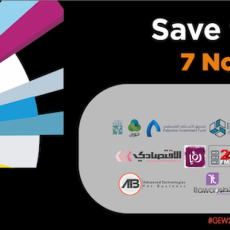