Internationally, unclear and complex administrative requirements considerably increase the cost of doing business, discourage new firm registration and investment, and create fertile ground for corruption. To address this challenge, GEN partnered with UNCTAD, which has developed digital government platforms that help simplify and automate administrative procedures so anyone, anywhere can access the services they need. 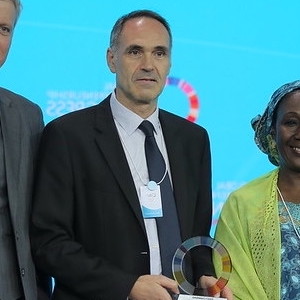 The first pillar of America’s New Business Plan, a Kauffman Foundation initiative, is for governments to create a level playing field without red tape. This is because, according to the Foundation, “Many entrepreneurs encounter a confusing web of outdated regulations, ordinances, and permits. And unlike big, established corporations, entrepreneurs lack the means to hire teams of consultants, attorneys, and lobbyists to shape and navigate these complicated systems.” It advises that governments: 1). Create a single list of requirements to start any business and easy-to-understand guides that walk entrepreneurs through the permitting process; 2). Require coordination across agencies to simplify procedures, forms, licenses and permits required to start a business; and 3). Reduce barriers to starting businesses even down to the smallest fees and forms.

“UNCTAD’s Business Facilitation Program consists of a combination of internet tools and a disciplined approach to reform. It has the advantage of additional structured insights into how to get to the ultimate goal – a streamlined, automated, national system of regulation that is highly efficient for both regulators and those they regulate.” – USAID, Reforming Everything, Everywhere, All at Once. (Link below)

Internationally, unclear and complex administrative requirements considerably increase the cost of doing business, discourage new firm registration and investment, and create fertile ground for corruption. To address this challenge, GEN partnered with UNCTAD, which has developed digital government platforms that help governments simplify and automate administrative procedures so that anyone anywhere can access the services they need.

UNCTAD’s Business Facilitation Program (BFP) involves a process for recording and digitalizing the government’s delivery of administrative procedures through a series of efficient and highly participative tools and methodologies. BFP responds to demands from entrepreneurs for better quality government services that are simpler and online.

BFP utilizes a set of online tools UNCTAD developed to digitalize government. These include:

To simplify administrative procedures, UNCTAD has developed a set of 10 key regulatory reform principles. These follow a logical and structured pathway for delivering efficient regulatory systems by enabling governments to decrease the number of steps and requirements by as much as 50 percent.

According to a USAID-commissioned report on reforming government services, UNCTAD’s platforms “systematize transaction-based reforms” and “are generic in the sense that they are standardized tools that are generally applicable to the administration of any and all approval processes.” USAID found that BFP is powered by two powerful underlying insights. The first is that “it’s all the same reform.” That is, “the transaction-based approach to regulatory reform focuses on the efficiency of the interactions between regulators and regulated.” Because every administrative procedure ultimately consists of an exchange of information between a user and one or various administrations, a complex procedure is no more than a combination of simple processes. Thus, viewed in this way, it is all the same reform process.

The second insight is that “efficiency trumps policy” because the BFP approach to regulatory reform is “entirely neutral about what policies ought to be enforced.” Its focus is on helping governments efficiently implement whichever policies they choose. This approach is consistent with the findings of other studies that “it is the way in which the laws are administered that adversely impacts business operations rather than the laws themselves.”

Taken together, these two insights empower reformers because if it is all the same reform and efficiency trumps policy, “then what matters is ‘regulatory mechanics’ – that is, organizing information flows coherently” instead of “expertise in all manner of arcane practice and procedure.” BFP platforms, and the terms on which they are made available, “focus on building capacity to design information flows rather than the particular technical requirements of a specific sector.” Both are designed to accommodate any type of information flows for all kinds of approval processes.

Application of BFP in Baghdad + Erbil

GEN/UNCTAD is applying the step-by-step system to clarify and simplify procedures on taxation, foreign trade and the approval of business visas and has developed two online information portals: one for Baghdad (baghdad.eregulations.org) and one for Erbil (krg.eregulations.org). Each maps and displays administrative procedures online from the user’s perspective as recorded by GEN/UNCTAD documentation officers.

For taxation, GEN/UNCTAD is recording the administrative steps involved in filing tax returns and making tax payments. Foreign trade involves recording all the registrations, permits and clearances (such as for customs) required for the import and export of goods. Business visas requires that GEN/UNCTAD record the steps involved in obtaining one of the various types of visas and the agencies involved. Each requires that GEN/UNCTAD officers conduct site visits to relevant government agencies to collect information and register it in the portal (in both Arabic and English).

After the procedures are recorded, and the actual practice required to navigate the procedure is documented, GEN/UNCTAD will work with government officials to produce simplified, streamlined processes that involve fewer requirements and to save people time and effort. This involves analyzing and identifying redundant or unnecessary requirements, calculating the associated administrative cost burden (ABC)1, presenting the current procedure and proposed simplifications to agency officials for feedback, reaching agreement on the simplifications to be implemented, following up with the agencies on effective implementation and updating the portal to reflect the simplified procedure.

The project is supported by Iraq’s Council of Ministers (COMSEC) and documenting administrative procedures in this way has increased the political will for reform. As a result, many procedures have been already been simplified. For example, the agencies involved in the procedure for establishing a company in Baghdad – the Business Registry (BR), Chamber of Commerce of Bagdad (CCB) and the Federation of Chamber of Commerce (IFCC) – have reduced the number of required steps to 14 from 35.

Digitalization of selected procedures in a Single Online Window requires GEN/UNCTAD first to develop an SOW prototype. To this end, GEN/UNCTAD is consulting with the agencies involved in the respective procedure to confirm fees, document requirements, data, the flow of the user files, fee collection requirements, etc. Second, GEN/UNCTAD builds the databases, underlying web services (electronic exchange of information between the single window and the databases of the participating agencies) and electronic certificates (secured with QR codes). After testing the prototype and all the integrated elements (user guide, application form, document upload, page and processing roles, online payment, and web services) with participating agencies, the SOW is presented to a select group of users (i.e., a focus group) for their feedback. After this, the SOW is launched in stages so that it can be iterated and refined based on wider volumes of user feedback before it is made available to the general population.

The Step-by-Step Information Portals reveal actual administrative practice, which GEN/UNCTAD found in Baghdad and Erbil to be more complicated than the rules it intends to apply. By showing policymakers in a visual format the actual procedures, they are able to compare the rules with the practice and eliminate unnecessary steps and requirements. In addition, the portal is a powerful tool for harmonizing procedures across city to city jurisdictions. USAID’s report notes that the “Administrative Burden Cost” module is also a powerful tool for governments to calculate the administrative cost and quantify the savings that would result from simplification. “This software has had a very positive impact in those countries where it has been applied,” USAID stated.

In addition, clearer and shorter procedures reduce opportunities for corruption and systemizing administration and online payments facilitates greater financial control. BFP improves collaboration and coordination among government agencies, which usually work in isolated silos. Providing information in integrated portals, where processes are displayed from the users’ point of view, creates new opportunities for interagency cooperation while incentivizing sound competition towards transparency and simplification. After one agency has published its procedures online, other agencies are likely to follow suit. And, because no agency wants to publish byzantine processes with long lists of steps and requirements, officials are more likely to undertake simplification. Another benefit is that creating a SOW requires participating agencies to collaborate on “integrating” their processes because they must work from a single form and share functionality. The result is a better user experience, one in which they feel as though they are dealing with one institution, creating a sense of unity among the agencies.

Perhaps the most significant benefit of digitalization for government is that it improves their ability to collect revenue. Making business registration easy and affordable significantly increases formal business creation, particularly among women, young and rural entrepreneurs. Digital government allows private sector proprietors and companies to pay official fees taxes simply and easily, reducing the likelihood that they will take “shortcuts” to avoid time-consuming procedures. Recording, clarifying, simplifying and automating administrative procedures greatly facilitates and encourages regulatory compliance, which, in Baghdad and Erbil, is reducing the size and scope of the black market and contributing to the formalization of its economy. Efficient, streamlined procedures result in higher tax revenues for the government, which, with transparency and accountability, translate into a more prosperous society for everyone.

1 ABC was developed to calculate automatically the administrative burden (cost of understanding, filling, producing and presenting requirements) for the steps and procedures documented in eRegulations portals. Based on the OECD “Standard Cost Model,” ABC helps to measure the impact of simplification and prioritize simplification measures that have the largest impact on reducing the cost of doing business. 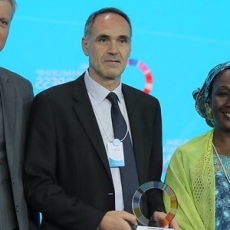 Frank Grozel is the Coordinator of the Business Facilitation Programme at UNCTAD. 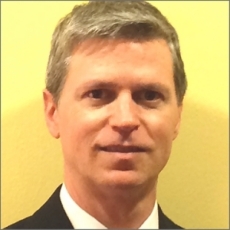 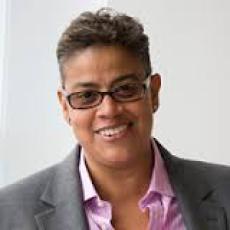 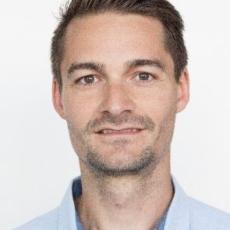 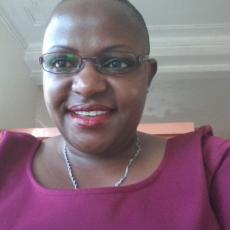 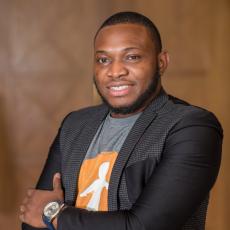 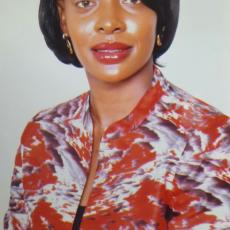 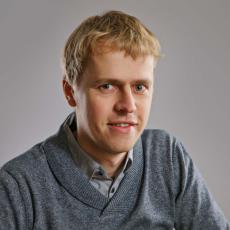 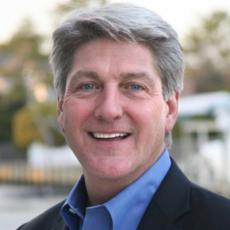 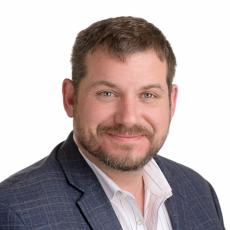 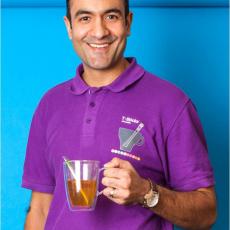 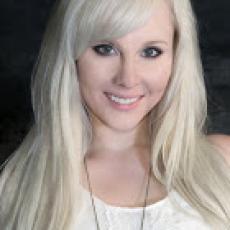 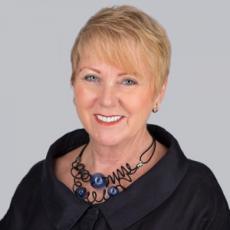 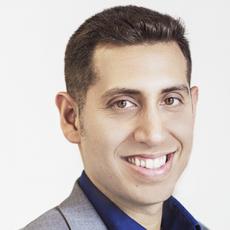 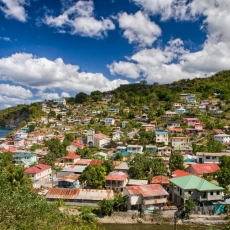 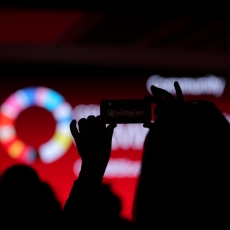 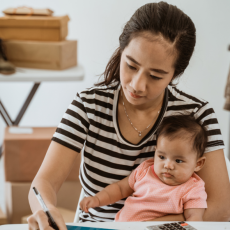 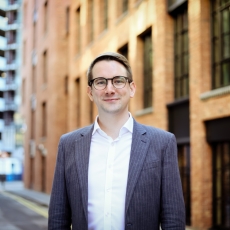 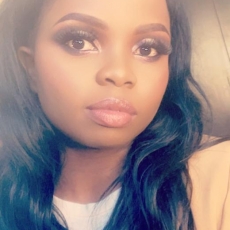