Skip to main content
The Changing Face of Entrepreneurship in ASEAN 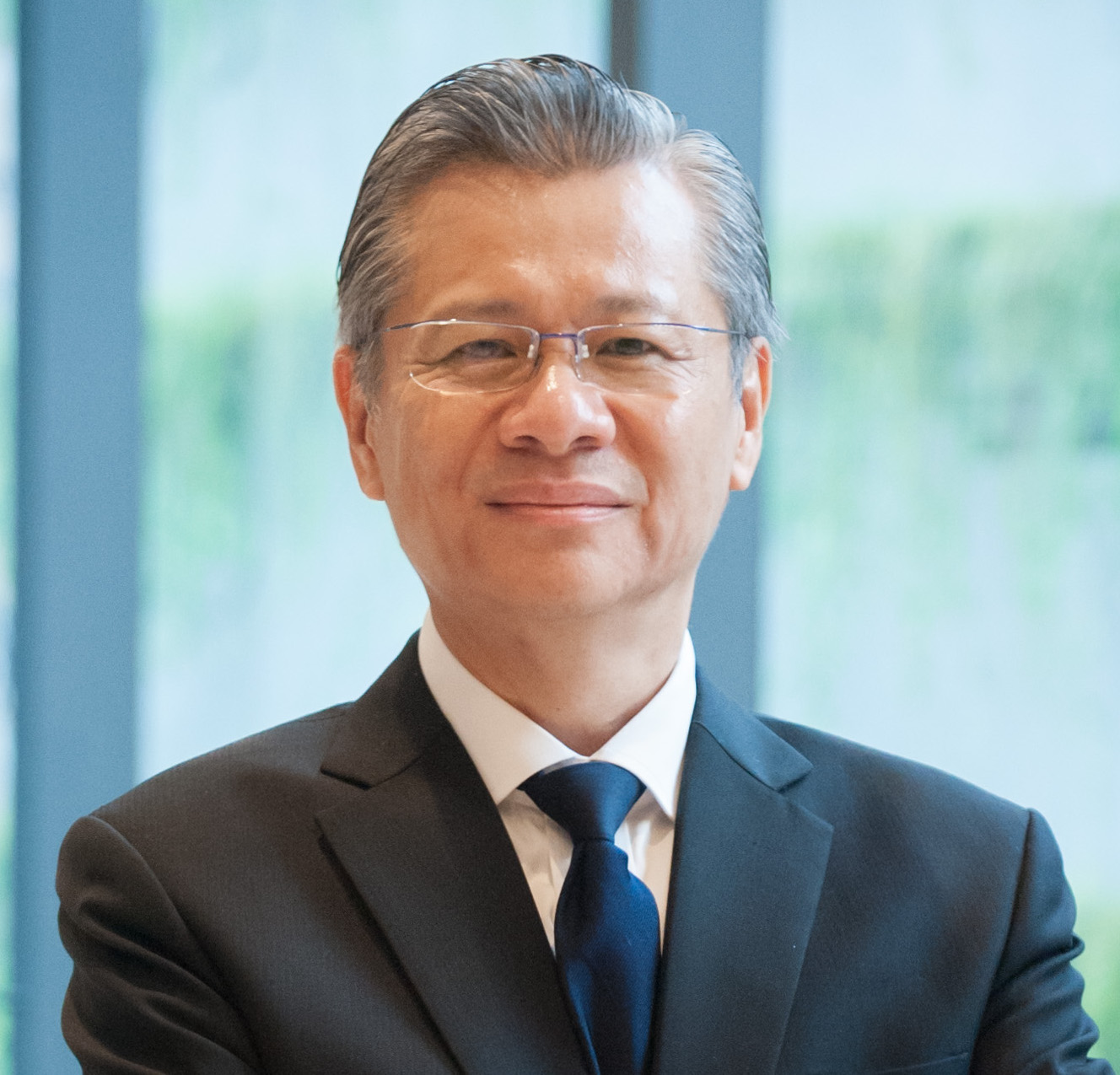 "The Changing Face of Entrepreneurship in ASEAN" is an excerpt from the publication ASEAN: From Vision to Reality, launched this May by Asia House and sponsored by AirAsia. Contributors from Thailand include Thailand's Deputy Prime Minister Dr. Somkid Jatusripitak, and Steve Cheah, president of Global Entrepreneurship Thailand. ASEAN: From Vision to Reality is a collection of insights from Southeast Asia's business and political leaders. Contributions to the publication come from all 10 nations in the ASEAN block, and include national leaders, government leaders and officials, corporate executives and experts on the region. Learn more about the publication here.

The Association of Southeast Asian Nations, with its expansive and prosperous future, is one of the fastest-growing consumer markets in the world and a global hub for manufacturing and trade. To give just a glimpse of ASEAN’s significance: Euromonitor forecasts that by 2030 over 54 per cent of the global population of 8.1 billion will be located in the Asia-Pacific region. At the start of 2016, the 10 economies of ASEAN were collectively the seventh-largest economy in the world. By the start of 2017, that rank had improved to sixth, and by 2020 it will be fifth, as reported by the Chair of the Forum’s ASEAN Regional Strategy Group, Datuk Seri Nazir Razak, at the World Economic Forum Annual Meeting in 2017.

ASEAN economies consist mostly of micro, small, and medium enterprises (MSME), and with globalisation, e-commerce, new technologies and trade liberalisation, there still remains a number of issues that need to be addressed to deepen the region’s economic integration. The inevitable onslaught of the digital economy, being transparent and fast acting, will bring forth many new challenges and, as automation and technology start to replace more jobs over the next decade or two, policymakers, educators and entrepreneurs will be forced to look at new paradigms and make the necessary changes.

Towards liberalisation and an open economy
As a single community, the ASEAN Economic Community (AEC) will do well in moving towards liberalisation to bring about cheaper and better-quality services and products, greater product diversity and new services, while at the same time providing consumers and end users with a wider choice of service providers. Studies and empirical evidence support the case that the countries with restrictive economic policies will benefit the most from liberalisation, but the reality is that not all AEC members are ready to open up, at least not in the short or medium term. The large disparity in skills, education and gross domestic products (GDPs) between member countries—with Singapore’s GDP being 50 times higher than those in Myanmar and Cambodia—will result in the poorer member states wanting to focus on strengthening their domestic economies and protecting local industries. While this kind of nationalistic approach may help to win votes and serve to benefit certain sectors in the short term, it risks losing opportunities to reap the larger gains of globalisation that are possible as a single economy.

Globalisation and entrepreneurship
By adopting policies that closely limit a country’s access to international markets and vice versa, governments constrain entrepreneurs’ ability to seek out and take hold of new opportunities. The entrepreneurial spirit has always been and will continue to be the key driving force behind thriving economies. The era of connectivity and exponential expansion with the digital economy will give way to new and innovative business models and opportunities.

In the past the divisions between the corporate, private and public sectors were more defined, with governments and multinationals influencing policies and how businesses were generally conducted. Now, the digital economy is, for the first time in history, empowering more individuals than ever before by giving everyone access to solutions to growing global problems. Global connectivity is unleashing entrepreneurship, with the result being that it is now possible for anyone with an innovative and scalable idea to start a business as a solution provider and become a game changer. This powerful prospect is inspiring many people, young and otherwise, to embrace entrepreneurship and consider it an option.

Entrepreneurship and start-up movements are sweeping the globe, and are having a significant impact on business communities, changing expectations and perceptions. Jonathan Ortmans, President of the Global Entrepreneurship Network and Senior Fellow at the Ewing Marion Kauffman Foundation, said: “Entrepreneurs might be a force of change in their country beyond just economic change; they can actually make the world a better place. The world needs more entrepreneurs and it’s a question of inspiring more people to recognise that it’s more important to the future of the societies than they previously recognised.”

Economic leaders help to build sustainable economies
Today, we can see the effect that entrepreneurs are having on our collective society. There is a general ‘re-awakening’ to the reality that the only truly global mechanism on this planet is the economic mechanism. Economics is the only bridge across all divides because only economic leaders can truly cross boundaries to serve humanity without being overshadowed by political, military and religious differences. While political leaders struggle to find balance and workable solutions across borders, economic leaders are crossing boundaries, creating new markets and supporting communities, and many are gaining popularity for what they do.

The dynamics of globalisation in this information age—with its powerful social media, real-time interaction and transparency—are also creating a new breed of entrepreneurial leaders, such as Bill Gates of Microsoft, Jack Ma of Alibaba and Mark Zuckerberg of Facebook. Entrepreneurs are now being presented with leadership roles. The United States has gone even further by electing an entrepreneur, Donald Trump, as President. While I am not suggesting that entrepreneurs should become politicians, this is clear evidence of how the populace is empowering entrepreneurs with leadership roles. It is of paramount importance that entrepreneurs are fully conscious of the impact their decisions can have on others and embraces inclusive economics because divisive and non-inclusive approaches cannot be sustained in today’s information age.

Towards sharing and inclusiveness
This shift is evident in the rise of the sharing economy. Today, more people are sharing—not only their pictures and moments on social media, but their properties as well. The growth of companies like Uber, Grab, Couchsurfing and Airbnb has been phenomenal. Based on a survey of 1,400 US hotel and short-term rental guests, Cowen analysts project that Airbnb bookings will increase from around 79 million ‘room nights’ this year to roughly half a billion annually in the next five years and a full billion per year by 2025.

This change is making room for an attitude of inclusiveness and fast adaptation to a sharing economy, which represents a powerful shift towards the necessary development of sustainable success in a world where everyone can finally be a winner!

The post-war industrial period gave way to a ‘winner-loser’ business environment, with large corporations leading and smaller businesses having to face tough competition to survive. Today, now that basic human survival is no longer an issue for most and has instead been replaced by hunger for progress, society must aim to foster a healthy and sustainable approach to entrepreneurship. Entrepreneurship must never be exclusively about amassing wealth, and, although there is absolutely nothing wrong with making money, entrepreneurship must primarily be about addressing the need for human wellbeing.

Moving ahead
A number of changes and reforms are already under way in ASEAN, with more developments expected in the next decade or two—these range from education to regulatory change, with further improvements in strategic partnerships, the participation of women and social entrepreneurship expected.

Educational reform must happen because it is glaringly obvious that the current education system, designed to produce workers for the corporate machine, is failing. We must train people who can solve problems; develop new products and ways of working and providing services; and organise and process information in innovative ways. Although reform in the public sector is likely to be slow and some will struggle to catch up, the good news is that education entrepreneurs will seize this opportunity and quickly fill the gap.

Regulatory reforms are already happening, where outdated rules and regulations must go so that new ones can be adopted to make way for new opportunities and investments. Vietnam opened its doors to foreign investment by axing 8.8 per cent of 5,500 laws and revising 77 per cent of them, leaving only 14.2 per cent of laws unchanged.

Thailand has also set the stage with a regulatory guillotine initiative where 5,000 rules and regulations will be reviewed with the aim of doing away with unnecessary regulatory controls that hinder national development. Last November—at the Startup Nations Summit in Cork, Ireland—Thailand became the first ASEAN member honoured with the Startup Nations Summit National Policy Leadership Award, which recognises those who champion broad and large-scale efforts that have a positive impact on a national ecosystem and work to support the formation and development of new firms. The recipient of the award, Dr Pichet Durongkaveroj, Thailand’s Minister of Digital Economy and Society, said: “Entrepreneurial spirits are hidden gems of various exciting colours and qualities. The discovery of worldwide startups and entrepreneurs suddenly opens up new economic platforms and opportunities, especially for young generations, of a scale never seen before. Entrepreneurship, together with the pervasive power of digital connectivity, can transform not only Thailand, but also its neighbouring countries, into a more prosperous yet inclusive region.”

Moving towards a single-market economy and digital marketplace, we can expect more strategic partnerships and collaborations. More start-ups will emerge and the learning curve will shorten as entrepreneurial activities increase. Lessons will be learnt and a growing number of younger people from the Y, Z and alpha generations will enter roles of responsibility, especially in family-run businesses.

MSMEs will continue to be the backbone of the ASEAN economies. With a large portion of these businesses operated by women, it is likely that we will see a steep drop in gender bias and discrimination. We are already seeing a rise in a new breed of solution providers and social entrepreneurs who are focused on sustainable businesses. Entrepreneurs all over the world are showcasing their talents in support of building an entrepreneurial culture and solving some of the world’s most pressing challenges, such as poverty, healthcare inequality and access to education. ASEAN is poised on the brink of an exciting future, and with such a diverse populace of different cultures, histories and environments, we can expect colourful developments as we face the possibilities, opportunities and challenges ahead.

Biography
Steve Cheah is the President of Global Entrepreneurship Thailand.

He established Global Entrepreneurship Thailand and heads Thailand’s Global Entrepreneurship Network (GEN), powered by the Kauffman Foundation. He serves on several boards and chambers, being Director and committee member of the Malaysian-Thai Chamber of Commerce, the President of the Mexican-Thai Chamber of Commerce, and Chairman of the SME Committee under the Joint Foreign Chambers of Commerce in Thailand (JFCCT), which makes policy recommendations to the Prime Minister’s office. 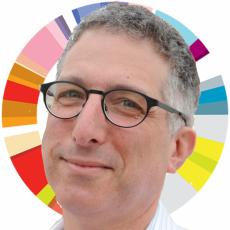 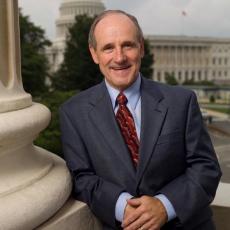 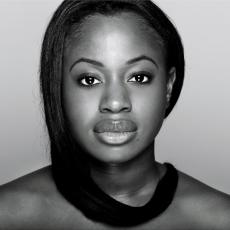 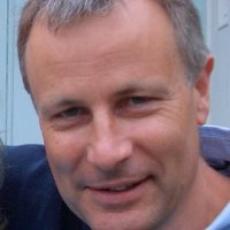 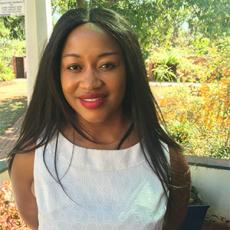 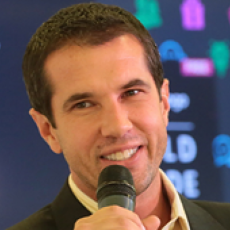 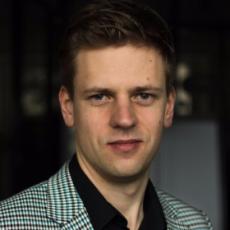 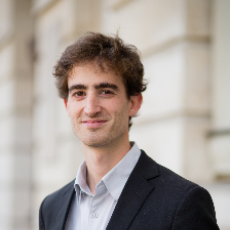 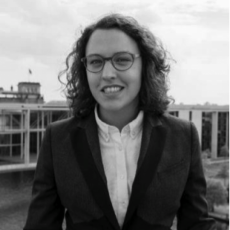 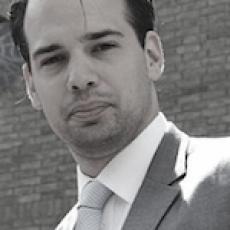 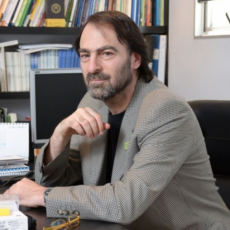 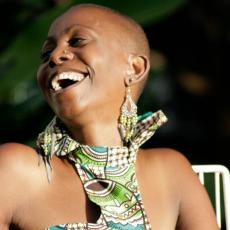 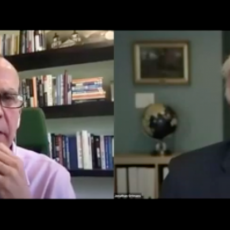 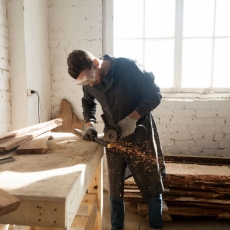 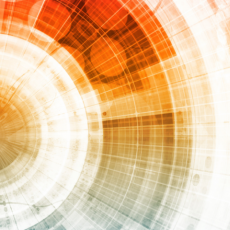