Networking Breakfast - The Evolution of Tourism in Algarve 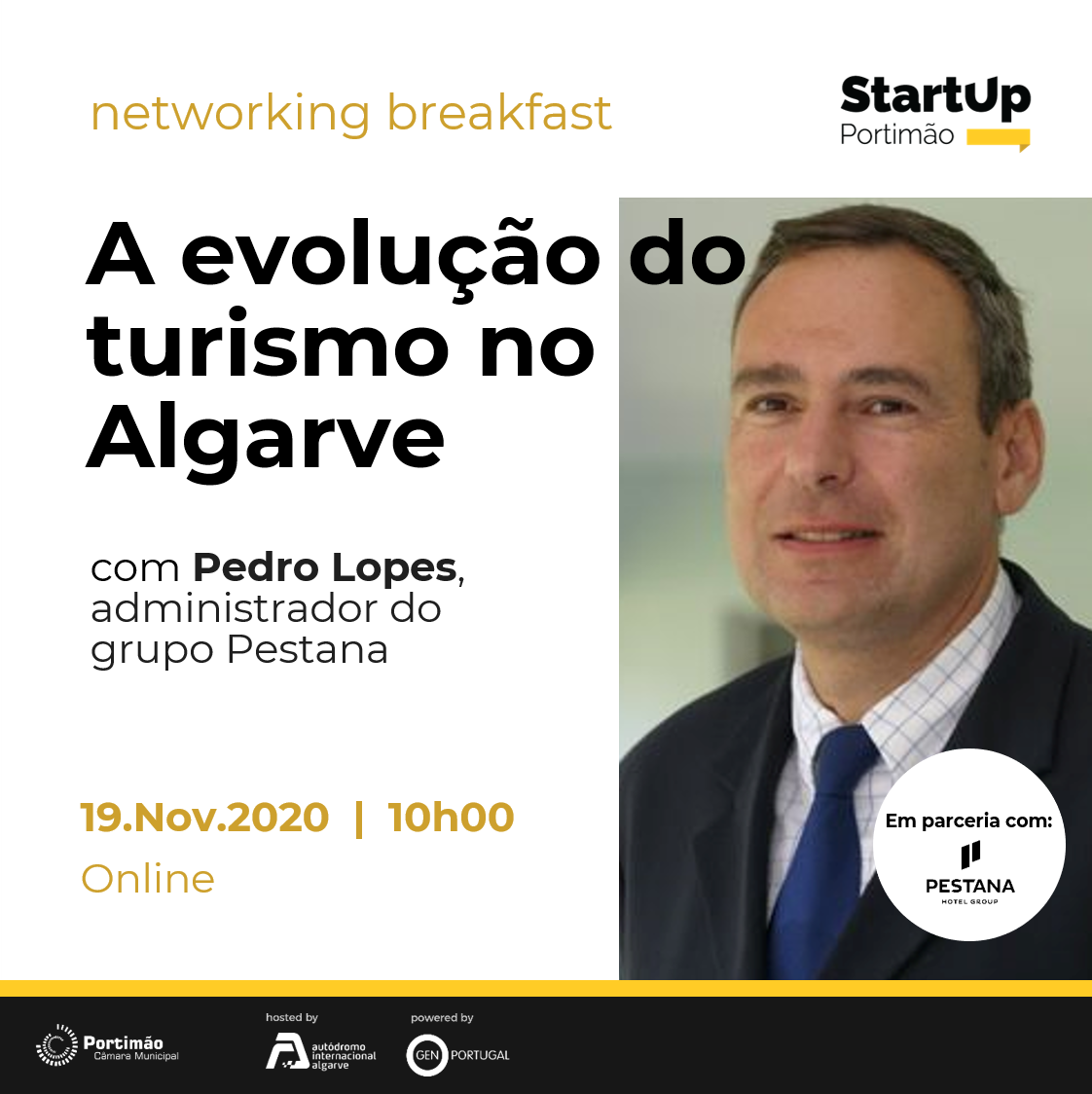 In this session, we had a conversation with Pedro Lopes, Administrator of Pestana Group and member of the Advisory Board of StartUp Portimão.

An approach was made to the main metrics of tourism in Algarve for the year 2020, namely, the drop in RevPAR (Revenue per Available Room) by 38.4 %, while the ADR (Average Daily Rate, the average paid per room occupied) only decreased 3.2 % compared to the same period of the previous year.

Some curious points about the year 2020 were that bookings through online operators fell sharply, however, the number of direct bookings (directly at the hotel units or through the website itself) remained the same. The forecasts for 2021 remain the same as in 2020, as air traffic decreased by 80% this year and next year it is expected that only half of the planes will be operating. Note that most tourists arrive in the region by plane.

As a response to the participants, regarding human resources, Pedro Lopes said that Pestana Group will not terminate employment contracts, but neither will they hire and that, whenever possible, they have allocated employees to other tasks. As for the seasonality of tourism in Algarve, typically the months from June to September the hotel units are busy, the months of October and November are typically for company meetings and sporting events, and that December and January the tourism promotion of the region has not produced results.