Virtual Seminar on Relocating The Capital City of Indonesia: Impact, Opportunities and Challenges 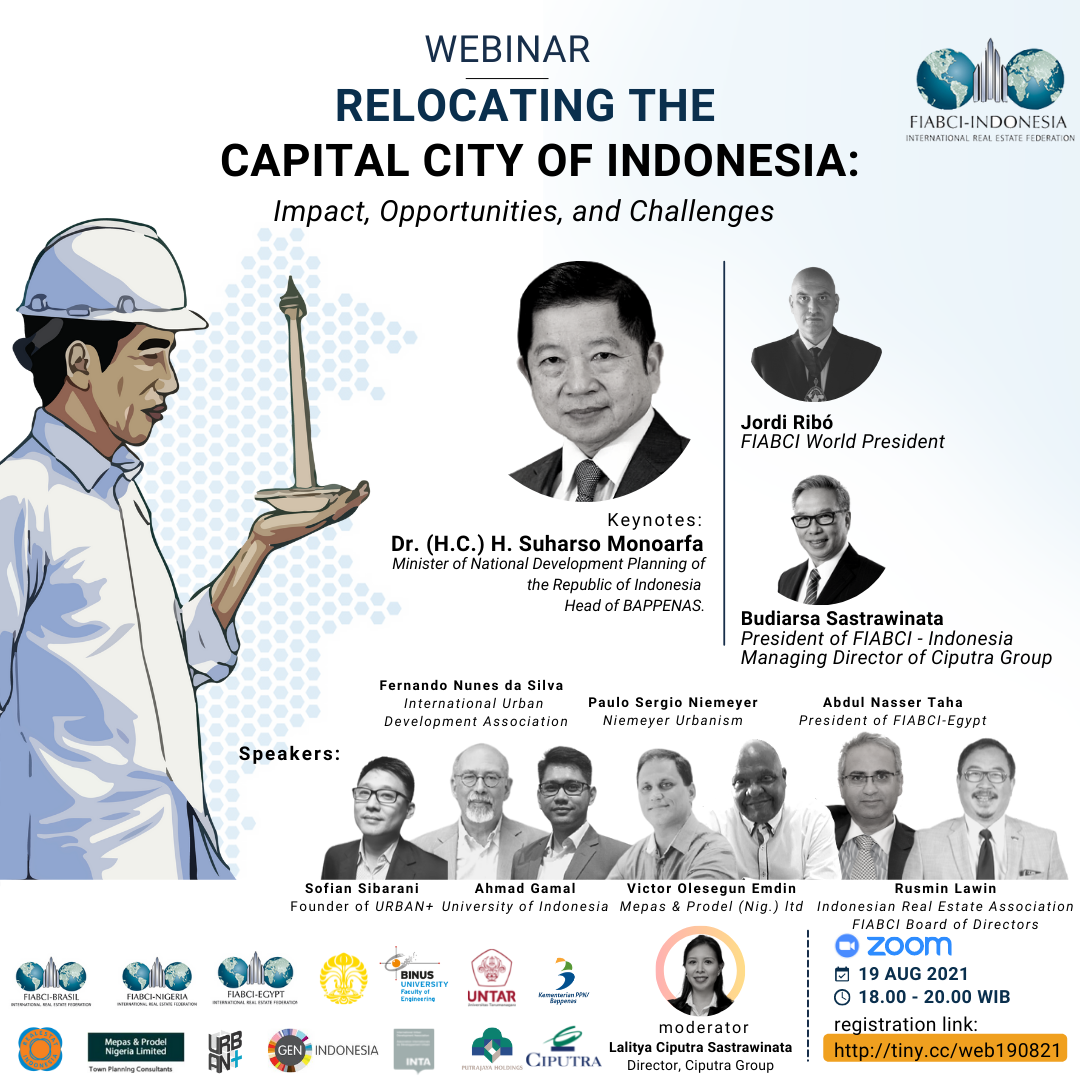 On Thursday, August 19, 2021, GEN Indonesia collaborated with the International Federation of Real Estate and the University of Indonesia, BINUS University and Universitas Tarumanagara to organized a webinar on the topic of the Relocation of the Capital City of Indonesia from Jakarta to East Kalimantan. In this webinar, experts from other countries such as Nigeria, Brazil and Egypt were also invited to share their experience when the capital city in their country was relocated. In 2019, the Indonesian government proposed the concept of the relocation of the national capital from Jakarta, on the island of Java, to East Kalimantan. We believe Jakarta with a population of more than 10 million people will continue to be the nation’s commercial and financial centre. The cost of moving the capital would be funded by the state and also from public-private partnerships as well as private investments. The relocation is about addressing inequality and relieving some of the burden on Jakarta as the centre of governance, business, finance, trade and services, and the island of Java which is home to 60% of the country’s population and more than half of its economic activity. Kalimantan on the other hand, is almost four times larger, but accounts for less than a tenth of the country’s gross domestic production.