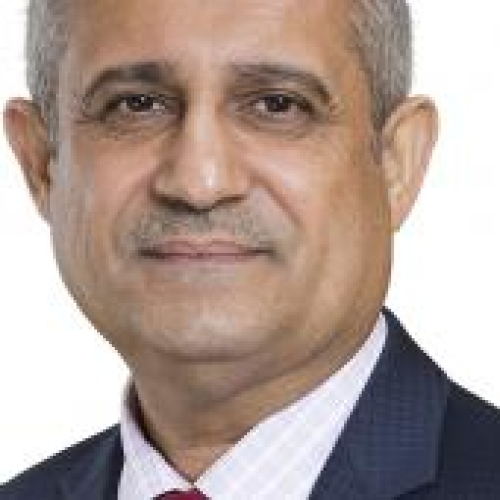 Dr. Ebrahim Mohammed Janahi works as the Chief Executive Officer of “Tamkeen” Labour Fund since December 2015. Tamkeen is a General Government organization with an annual capital of 75 Million Bahraini Dinar, with approximately 300 Bahraini Employees and focuses on supporting the private sector to be Bahrain’s main engine of economic growth. Dr. Janahi has over 35 years of operational experience and held senior roles in key organizations in the Kingdom of Bahrain including in the education sector, where he served as President of the University of Bahrain (UOB) between 2007 and 2015. Dr. Janahi also worked as an Undersecretary and as Assistant Undersecretary at the Ministry of Education where he was responsible for a number of key strategic and policy areas between 2002 and 2007, he also spent a number of years working in the engineering sector where he held positions in the Bahrain Petroleum Company (BAPCO) and KLM’s Engineering Department, Schiphol Airport, Amsterdam, Holland before his work at the University of Bahrain as head of the Chemical Engineering Department. Dr. Janahi received his PHD and Master’s degree in Engineering at the Institute for Science and Technology at the University of Manchester and received a bachelor's degree in Aviation Engineering from the College of Aviation in Amsterdam, Netherlands. The Doctor also received many certificates for graduate training programs including Executive Educational Development from Harvard Institute for Higher Education Program. He also received an Executive Management Development certificate from the Darden School of Business at the University of Virginia and from the University of Lowa both in the United States. During his career, Dr. Janahi participated in many community and professional organizations; he is a member of the Board of Trustees of UOB, the Board of Trustees of the Royal College of Surgeons in Ireland-Medical University of Bahrain (RCSI Bahrain), the Board of Trustees of the Bahrain Research and Studies Center and Bahrain Judicial and Legal Studies Institute, Board of Director of Injaz Bahrain, Board of Director of the Quality Assurance Authority and also a former member of the Board of Trustees of Gulf University Kingdom of Bahrain. At a regional level, Dr. Janahi is a member of the Executive Board at the Association of Arab Universities (AARU), Presidents and Directors of GCC Universities, the Arab League Educational, Cultural and Scientific Organization (ALECSO) in Tunisia and Arab Bureau of Education for the Gulf States, Arab Scientific Journal, and a former Board Member of GCC Presidents of National commission for Evaluation of Universities Degrees for universities in the Gulf. Internationally, he is a member of the Executive Board of United Nations Educational, Scientific and Cultural Organization (UNESCO). He also spent four years as a member of the Executive Board of Arbitration for UNESCO - King Hamad Bin Isa Al-Khalifa Prize for the Use of Information and Communication Technologies in Education. In addition, six years on the Executive Board of International Association of Universities (IAU), and is a member of the Executive Board of Islamic Association of Universities.