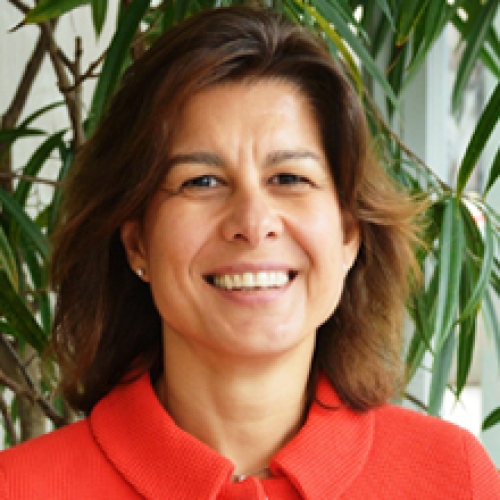 Ceyla Pazarbasioglu is the Senior Director in the Finance, Competitiveness & Innovation Global Practice (FCI GP), World Bank Group. She joined the Bank in July 2015, as Senior Adviser and Global Lead for Financial Sector Oversight and Policy and Bank Regulation and Restructuring. Prior to this, she was Deputy Director at the Monetary and Capital Markets Department of the IMF, where she oversaw the work on financial sector regulation and supervision, and crisis prevention and management. She also managed the Fund’s work on the global regulatory reform agenda and led the Financial Sector Assessment Programs (FSAPs) for the United Kingdom (2011) and Spain (2012). Between August 2008 and February 2010, Dr. Pazarbasioglu was the mission chief for Ukraine. Prior to this position, her main focus was on banking restructuring issues, in particular in Argentina and Uruguay. Dr. Pazarbasioglu was appointed as the Vice President of the Banking Regulation and Supervision Agency of Turkey soon after the major banking crisis of February 2001. As a high level bureaucrat, she had to work closely with the Central Bank and the Treasury, with banking sector representatives as well as with the government to contain and resolve the crisis. During 1998–2001, Dr. Pazarbasioglu worked as the Chief Economist of Emerging European Markets at ABN AMRO Investment Bank in London. Prior to 1998, Dr. Pazarbasioglu worked at the IMF on financial sector issues and bank restructuring strategies in Nordic countries, Emerging Europe, Latin America, Turkey as well as in Korea and Thailand after the Asian crisis. Ms. Pazarbasioglu holds a PhD in economics from Georgetown University and was a visiting scholar at Princeton University. She is a certified Securities and Financial Derivatives Representative.