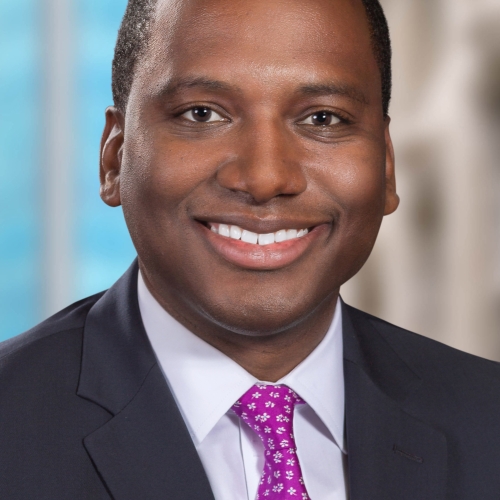 Christopher R. Upperman, is the CEO of Envolve Entrepreneurship, a multinational 501(c)(3) organization that is committed to developing and cultivating entrepreneurial ecosystems, by ensuring financial assistance and business support services are more readily available to diverse and underserved entrepreneurs. Christopher is passionate about serving others and community building and believes entrepreneurship can be a vital pathway toward economic self-sufficiency.

Prior to his appointment as CEO, Christopher served as an Obama Administration appointee at the U.S. Small Business Administration (SBA), as Assistant Administrator of the Office of Public Engagement. Reporting directly to the SBA Administrator, in his role as the head of the office, Mr. Upperman managed agency corporate, philanthropic, and public stakeholder relationships and outreach. In this role, a key element was overseeing SBA’s faith-based outreach and community initiatives, which included increasing entrepreneurship, business opportunities and access to capital for undeserved and minority-owned enterprises.

Prior to his time as Assistant Administrator, Christopher served as Senior Advisor for Entrepreneurial Development and focused on strategy and development of national entrepreneurial programs and initiatives. Throughout his tenure at the SBA, Christopher was the agency’s advocate for African Americans and Millennials, which included strategic awareness raising internally and externally around entrepreneurship among the nation’s Millennial population. Mr. Upperman served as one of the White House’s “My Brother’s Keeper” (MBK) officials for the agency.

In advance of his time as an appointee in the Obama Administration he served in the United States House of Representatives as an Aide for the District of Columbia’s Delegate to Congress, Eleanor Holmes Norton. Mr. Upperman focused on local district issues in Delegate Norton’s district office, which included oversight and coordination of her Commission on Black Men & Boys—a commission that addressed social issues that disproportionately and negatively impact Black males in the District of Columbia, particularly issues with a policy implication.

In the fall of 2009 Christopher relocated to the Washington, D.C. metro area to participate in the White House Internship Program. Before relocating to Washington, DC, Christopher
worked for Bank of America, focusing on consumer credit and debt-risk analysis. While finishing his college degree he served as a Junior Research Analyst intern for the United States Commission on Civil Rights (USCCR) in the Southern Regional Office in Atlanta, Georgia. At the Commission on Civil Rights, he assisted in researching for, and writing, a federal report underscoring the efficacy of supplemental educational services for The Elementary and Secondary Education Act (ESEA) in South Carolina.

Mr. Upperman formerly was a Center for American Progress (CAP) Leadership Institute Fellow, where he discussed policy and its implications on minorities and people of color in our changing society. Christopher attended Georgia State University, in Atlanta, Georgia, where he retained his Bachelors of Arts in Sociology. He is originally from Kennesaw, a metropolitan suburb northwest of Atlanta, Georgia.