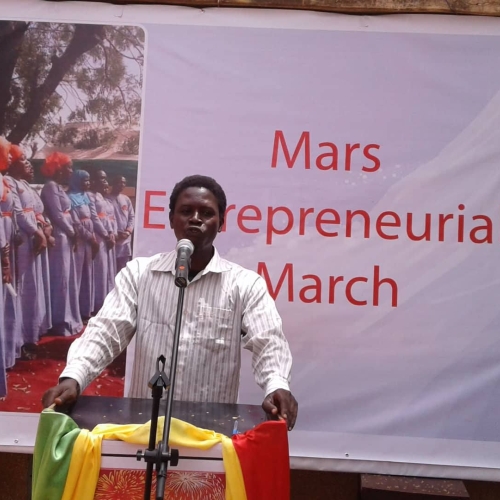 I help people and communities to reach faster sustainable wellbeing

Kalilou is a lawyer, Strategic Advisor and Venture Capitalist

He is also an influential Finance Advisor. He worked ten years in Attoney office before contracting with Mali Government as Advisor in Youth and Sports Ministry He is currently leading Mali Ten Years Business Incubators Program for Women and Youth. That Program aims to generate one Million sustainable Businesses by 2030 across Western Africa. Elsewhere, he is acting near WAEMU Higher Education Ministries for University incubation settlement in this zone. Kalilou is connected with many international institutions like WTO, UNCTAD, IUCN, ICD. He has been recently appointed as World Commission on Environmental Law Member. He is also a World Investment Network Member, as well as International Trade Council member and active in the American Geophysical Union community. Kalilou created relevant events featuring Entrepreneurs across Africa, among others; Impact Economic Forum , Mars Entrepreneurial March, and , the African parade of Innovators (Hii-FESTIVAL) including the Innovation Challenge Awards. He also helped developing the bitikini e-commerce platform which is being allow more than 20 African nationalities Entrepreneurs to do digital Business. He is helping to set a USD 300 Million Venture Capital Entrepreneurship Fund for African Startups Kalilou is an international Speaker as well as Business designer and developer He has been recognized by his peers as Incubation and Innovation Global Ambassador. His recent global initiatives in date are in favour of Women Entrepreneurship throughout ‘Mars Entrepreneurial March’ global action as well as the Innovation Challenge Awards