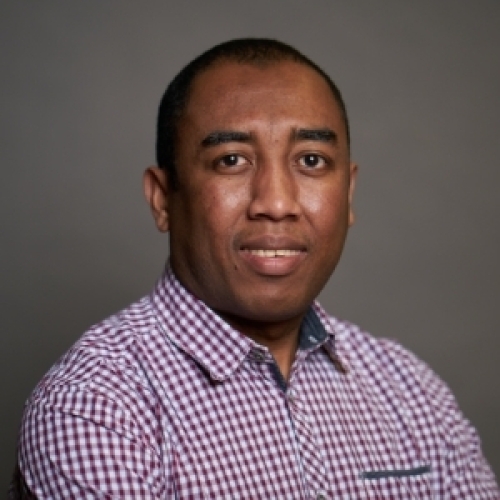 Prospérin M. Tsialonina is a Malagasy specialist in entrepreneurship, passionate on strategy and SME development.

He is the founder of KENTIA HOLDING Limited which offers corporate advices and services, HR management, training and capacity building, marketing, business registration and virtual office.

Awarded a diploma in finances and accounting, he began to be interested in the entrepreneurship, and decided to study in this domain in Maurice and in France, after having worked during more than 4 years in the accounting audit.

Throughout his professional life, Prospérin Tsialonina has participated in the strengthening of the education, the leadership and the empowerment of the young people. With the support of the AUF, he created in September, 2009, the monthly Round Table "Rendez-vous des entrepreneurs ". Its objective is to promote the entrepreneurial mindset by inviting models of success through several themes. This project won the Prize "Jean-Marc Léger" in Canada in 2010, as being the best program of promoting the entrepreneurial mindset.

Afterward, he implemented in March, 2011 an association called CEE-RE (Entrepreneurs students club of the Rendez-vous des Entrepreneurs) to insure the sustainability of this project. Concerning the community domain, he cofounded in August, 2010 the NGO ALEFA MENABE which intervenes at present on the education and the micro-entrepreneurship development in the Menabe region (south west of Madagascar) with the support of the UNDP and the European Union. Prospérin Tsialonina likes and promotes the networking.

When he does not spend his free time with his wife Paula, his little boy Faly or his friends, he participates in meetings, national and international (conferences, congresses, forums). He works at the moment on a social project in Germany. You can follow him to tweet at the address @ptsialonina.