This year, the DECA Idea Challenge dared elementary, secondary and college students around the globe, DECA and non-DECA members alike, to find an innovative, feasible and sustainable new use for newspaper in just eight days. We had an overwhelming response with more than 1,700 entries this year! This demonstrates a more than 100 percent increase from the DECA Idea Challenge 2013, which accumulated nearly 800 entries. In its second year as a global competition, international submissions also increased across six participating countries: Canada, South Korea, Sweden, the United Arab Emirates, the United Kingdom and the United States.

Entries were grouped into two categories: 1) high school and collegiate submissions and 2) elementary and middle school submissions. In order to submit a DECA Idea Challenge 2014 entry, teams of three or four students were asked to pitch their invention in a one to three-minute YouTube video presentation that showcased the following:

DECA is pleased to announce the top high school/collegiate finalist teams from around the world:

DECA is also excited to announce the top elementary/middle school finalist teams from around the world:

Congratulations to all finalist teams and thank you to all the amazing participants in the DECA Idea Challenge 2014! DECA Inc. is thrilled to have such a great turn out this year and looking forward to a continued strong relationship with Global Entrepreneurship Week. Stay tuned to DECA Direct to discover DECA Idea Challenge 2014 global winners next week! 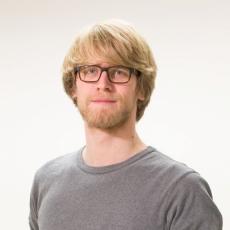