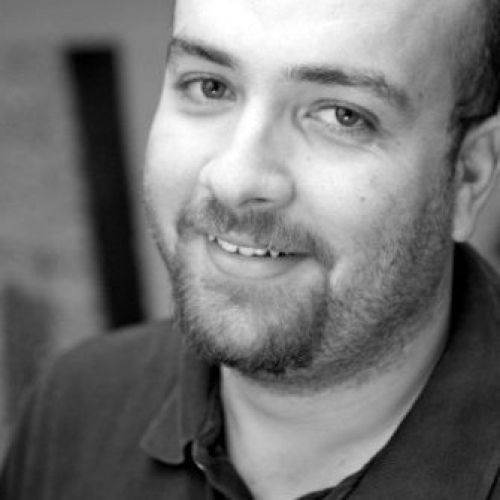 Houssem Aoudi is a Tunisian entrepreneur with over a decade of experience in media, civic engagement, and social innovation. A strong believer that supportive communities are the best catalysts for change, Houssem’s work specializes in bringing together diverse stakeholders to tackle today's most pressing issues. Houssem is the co-founder and CEO of Cogite Coworking Space, the country’s first coworking community. Founded in 2013, Cogite is now home to a vibrant mix of entrepreneurs, artists, activists, and young professionals. Cogite has also grown to assume a leadership role in cultivating an entrepreneurship community across the country. Cogite has received recognition from top news outlets such as Forbes, which named Cogite "the third best coworking space on earth," and visits from high ranking diplomats such as Ziad Haider, Special Representative for Commercial and Business Affairs at the U.S. Department of State, and High Representative / Vice President Federica Mogherini from the European Union. With a network spanning government, civil society, and private enterprise, Houssem consciously endeavors to create platforms for public debate, community building, and open expression with his company Wasabi. In 2010, Houssem co-founded TEDxCarthage, the country’s first and largest TEDx event, which returns each year on new themes such as trust in society, tolerance, and female empowerment. Houssem later went on to work with TED to launch a major international summit in Doha, Qatar for TEDx organizers from around the world. In recognition of his media and civic engagement experience, Houssem received an official appointment to serve as Director of the Media Center for the Independent High Authority for Elections (ISIE). In this capacity, Houssem successfully presented the process and outcomes of Tunisia’s historic 2014 parliamentary and presidential elections to the world -- democratic elections which were internationally hailed for their openness and transparency. More recently, Houssem launched the Afkar "Think and Action Tank” in 2015, which gathers a conclave of key stakeholders around a particular issue area and provides a durable, action-oriented format in which participants develop timely, implementable solutions. Houssem is a Draper Hills Fellow on Democracy and Development at Stanford University, a BMW Foundation Fellow and was named a TED Hero by TED conference in 2012.