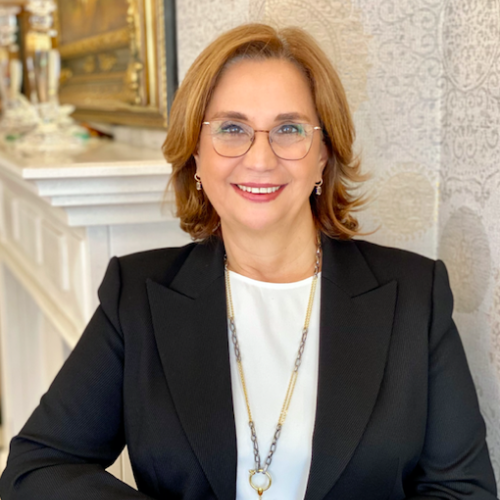 Emine Perviz Erdem, born in istanbul in 1959, graduated from notre dame de sion french girls high school and istanbul university faculty of law. erdem, who has a master's degree in business administration on management structure of multinational companies. she has continued her career as a member of the board of directors and legal adviser of erdem holding since 1985, also worked as a consulting lawyer at turkish airlines from 1990 to 2017 and retired. erdem is a member of the gender equality specialized committee of unesco's national commission for turkey and has led the social impact strategy group in kagider, where she has been a member of the board of directors since 2013 and vice-president as of 2017. she was elected as the chairman at the kagİder general assembly on may 22, 2019, and continues his duty as the chairman of the kagİder. erdem, also, in august 22, 2020 at the world forum angel investors turkey, began her career as a senator. erdem was the president of the federation of soroptimist clubs of turkey in the period 2008-2010, a board member of the federation of european soroptimist between 2013-2017, and the president of the international soroptimist convention in 2015. she worked as vice president of the european soroptimist federation in 2015-2017. erdem, who is the vice president of the federation of sectoral associations (sedefed) and one of the founders of the unesco global ethics and sustainable development istanbul center, was a member of the advisory board of the association for supporting women candidates, the international university women's federation, turkish jurist women's association, as well as the deputy coordinator of the istanbul women's organizations association. she participated as a keynote speaker in many international meetings such as meeting of the equality commission of the parliamentary assembly of the council of europe in the field of women's empowerment and gender equality (2009), the 6th world water forum (2012) and the international congress of the university women's federation (2013). she speaks french and english.