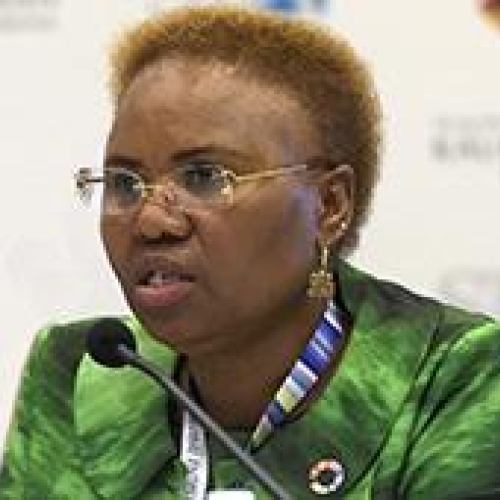 Lindiwe Daphney Zulu is the Minister of Small Business Development of the Republic of South Africa from the 26 May 2014.Ms Lindiwe Daphney Zulu was the special advisor to the President on International Relations. She previously served as the head of communication for the PAN African women's organisation in Angola in 1988. In 1989 she moved to Lusaka, Zambia where she held the position of head of communication in the ANC department of Religious Affairs. After which in 1990 she moved to Uganda where she was the head of communication and administrator in the ANC office.In 1991 she returned to South Africa where she became the head of communication in the ANC women's league and in 1993 she became an executive committee member of the women?s league. That same year she was seconded to the ANC Department of Information and publicity as the spokesperson for the first democratic elections.In 1994 she became a member of the Gauteng Legislature and in 1995 was appointed Deputy Speaker of the Gauteng Legislature. In 1999 she became the special advisor to the Minister of Foreign Affairs a position she held until 2001.In 2001 she was appointed Chief Director for Western and Central Africa up until 2003 where she became the executive head of Government and International Relations, Vodacom group. In 2004 she became the South African Ambassador to Brazil and in 2007 she was elected to the ANC national executive committee and in 2009 was elected to Parliament.