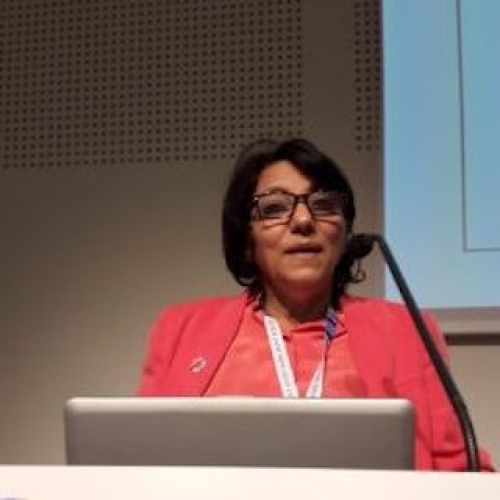 Fatiha Rachedi, graduate in Economy, is preparing a PhD on the “Entrepreneurial Ecosystem in Algeria ". She is the CEO and the co-founder of EGIC (Ecole de Gestion d’Informatique et de Commerce), a private Vocational Training School , created in 1993. She has been running business model workshops at Faculty of Economics, commercial and Management Sciences for the Master degree, since May 2015. During her entrepreneurial journey, Fatiha Rachedi was able to develop an educational tool called "entrepreneurial and Creative Process," that can detect and strengthen the entrepreneurial potential of project leaders in 2013. She co-founded ISA ( Institut Superieur de Management Avicennes) in 2006, a Business School specialized in graduate and post graduate training . Earlier in 2000, she co- founded the Alliantis- Group specialized in post-graduate training. In the same year she founded CINAF (Centre International des Affaires), a private company that supports Small and Medium Enterprise. From 1988 to 1993, she was Head of the Economic and Cooperation Department at the Chamber of Commerce and Industry of Oran. From 1985 to 1987, she worked as a professor of economics in high school. She has run nonprofit activities in many organizations at the national and the international level. She has been leading GEW , Global Entrepreneurship Week, in Algeria and she has been the founding member of the board Nouvelles Approches Pour Entrepreneurship et Opportunités since 2011, in that case she was invited to speak about GEW Algeria's experiences at GEC Moscou 2014 and GEC Milan 2015. She founded the Association for entrepreneurship – ACE which trained 160 young people and helped 46 project leaders among them to create their companies In 2004. Moreover, from 2003 to 2009, the Ministry of SMEs has appointed her as an expert with the National Advisory Council of the SMEs, she was responsible for implementing an SME Information System. She was elected President of the Information Systems Commission for 6 years.