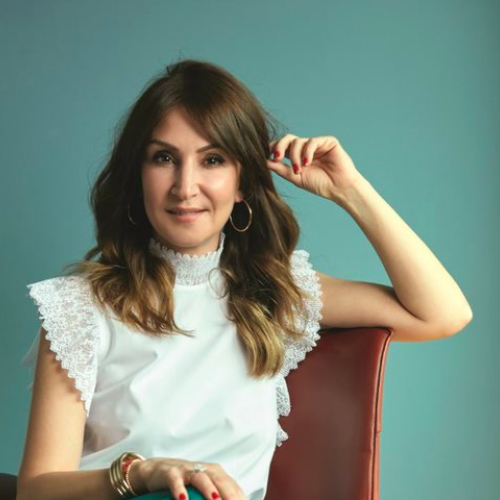 Born in 1966 at Adapazarı, Gülden Yılmaz completed her primary, secondary and high school studies in Adapazarı. She graduated from Marmara University with a degree in Psychological Counseling and Guidance in 1987 and worked as Education Expert at Private Dost High School in İstanbul. With the first Koton store opened in Kuzguncuk in 1988, Gülden Yılmaz stepped into the apparel sector with her husband Yılmaz. In addition to designing Koton store concept, she led the development of customer service principles and modern retail perception. As one of the pioneering leaders for development and growth of Koton since the foundation day, Gülden Yılmaz served as founding co-president of the company for a long time. As a Executive Board Member, Gülden Yılmaz actively supports management in coordination and marketing of collections. In addition to her role in success and award nominations of Koton since its foundation, Gülden Yılmaz was personally nominated for many awards. In 2008, she was elected as “Entrepreneur of the year” in “Businessperson in Economics” research, conducted by the Economist. During the same year, with Koton, she received the big award in “Retail Success Story” in MAPIC 2008, known as the Oscars of Retail and one of the World’s most important retail platforms. Gülden Yılmaz was elected as “Entrepreneur of the Year” with her husband Yılmaz Yılmaz in the “Entrepreneur of the Year” contest organized yearly by Ernst&Young. Lastly in 2020, Yılmaz was nominated for the Powerful Women of Export Branding Special Award by Turkey Exporters Assembly. Since 2009, Gülden Yılmaz serves as TOBB Young Entrepreneurs Vice President and she served as G3Forum Platform President between 2011 and 2018. As Founding Member of Turkish Businesswomen Association (TİKAD), she was also an executive board member of Turkish Clothing Manufacturers’ Association between 2009 and 2015. In scope of responsible leadership perception, Yılmaz always prioritized social responsibility and benefit work and led the design and implementation of projects for employment of youth and women. Gülden Yılmaz is the leader of 2 projects with Koton: El Emeği (Handicraft) Project, realized with GAP Administration and UNDP and Eşitiz (We are equal) Project implemented with TSKB and AFD, groundbreaking project in social gender equality. Yılmaz continues her efforts to contribute to the society with these projects. Gülden Yılmaz is married and a mother of 2 kids, a boy and a girl.