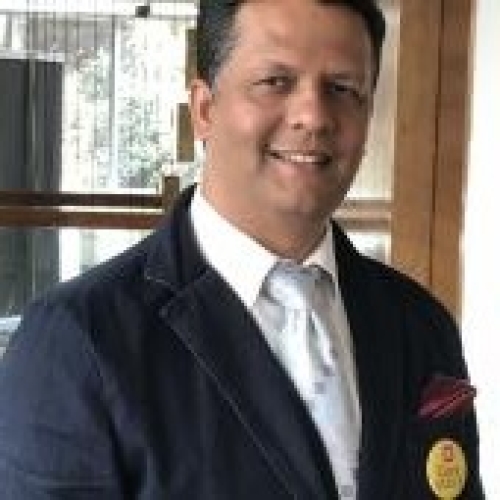 <p>An entrepreneur in Residence and an enabler of the startup ecosystem in North India. He is currently the Director for Entrepreneurship and Education Development (CEED) at the Nationally acclaimed, Chitkara University. He also heads the Chitkara Innovation Incubator, a 20000 Sqft Incubator for Startup support- recognized by Government of india-MSME. Sumeer is known as a Startup mentor representing quintessence wisdom in entrepreneurship. Sumeer has been successful in curating a Startup Community for both men and women in Chandigarh/Punjab region, and in conducting over 300 entrepreneurship promotion events in Chandigarh and Northern region in the last 5 years. In 2014, He has been instrumental in introducing the world famous Startup Weekend Program to Punjab and Chandigarh, he and his team conducted 7 Startup weekends in just 11 months, the famous once being Startup Weekend Punjab at Progressive Punjab Investor Summit 2015 and Startup Weekend Haryana at Happening Haryana Investor Summit 2016. In October 2015, Sumeer was acknowledged by the Honorable Haryana Chief Minister Sh. Manohar Lal for his efforts in promoting Startup Culture and doing Bootcamps in over 14 Universities and colleges in Haryana, at the Happening Haryana Investor Summit 2016 at Gurgaon. He has been helping Startups network and gain access to Mentors, co working space, Incubators and Investors. He had successfully mentored many startups like EDUREV- EDTECH, XOVIAN-AEROSPACE,YOUCARE- HEALTH SERVICES, HUM Hain, SEACUP, sickle innovations- from tech. In the past Sumeer served the Global entrepreneurial organization, TiE (The Indus entrepreneurs) Chandigarh Chapter as its Executive Director for nearly 3 years before co founding and being and Executive Director of a Mohali based startup Organization-SACC. At SACC, Notably, in his career, he has worked as a well-known Bollywood Journalist for over 6 years in Mumbai, before having a long stint working in the United States with a famous Cruise Line in Miami. Sumeer educated at Punjab University Chandigarh and did his schooling from Sacred Heart Convent School, Ludhiana- the entrepreneurial savvy town- he was born in. He is a proud father of two daughters and lives with his family at the city beautiful, Chandigarh.</p>