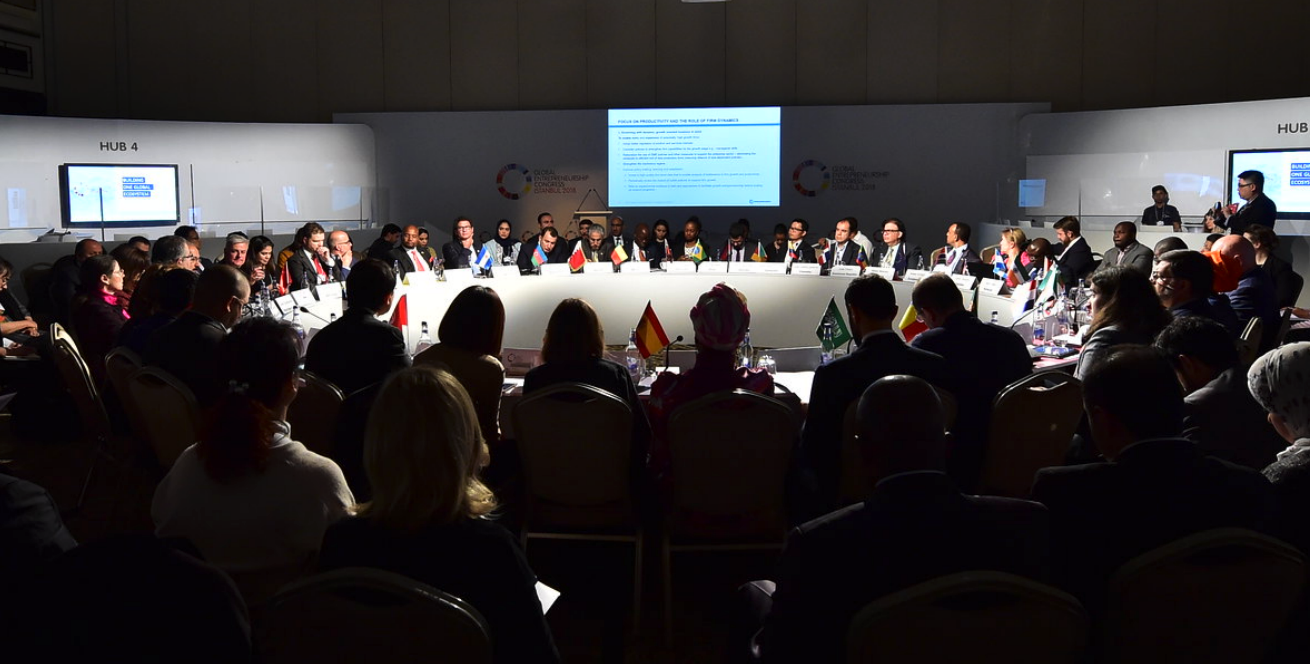 The annual Startup Nations Ministerial serves as a high-level deep-dive among government leaders about how the public sector can better encourage more new and young businesses to start and grow. Participating governments from across the development spectrum engage in dialogue around a wealth of new policy approaches to increase economic growth and job creation via a vibrant entrepreneurial economy.

The Ministerial is by invitation only and follows Chatham House Rules.

The Startup Nations Ministerial is designed to enable government representatives to learn from each other’s narratives, avoid common mistakes, and to discuss provocative new ideas. While usually submitted for the record, Ministers do not typically read formal remarks under official protocol, but rather react to fire-starter talks, adding their own thinking and experience in entrepreneurship policy.

In an effort to stimulate this discussion, previous participants have unanimously voted for a less formal interactive format than those hosted by government institutions where there is years of protocol to be followed noting it is more likely to induce impact and a solid value proposition for their engagement.

Establishing a high-level government event - the Startup Nations Ministerial – was an output from the gatherings of staff-level delegates to Startup Nations Summit 2014. Based on a stated need for engaging cabinet level officials in the emerging innovation arena, the first Ministerial focused on innovation and entrepreneurship policy was held in Milan (2015), and subsequently annually in Medellin (2016) and Johannesburg (2017). These first three editions were co-hosted by GEN and the United States government.

Together with support from the World Bank which joined as a knowledge partner in 2017, this Steering Committee made a commitment to collaborate on future policy by signing onto a Declaration of Support for Entrepreneurship, which was formally signed by 18 nations at 2018 Startup Nations Ministerial in Istanbul, Turkey, and the follow-on 2019 Startup Nations Ministerial in Manama, Bahrain.

To review information about any of the past editions of the Startup Nations Ministerial, click here.

While Ministerial is coordinated by the Global Entrepreneurship Network (GEN), the Startup Nations policy work is governed by a Ministerial Steering Committee of expert authorities from the Middle East, Europe, Latin America, Africa, North America and Asia, and supported by the OECD, UNCTAD, the World Bank and other global authorities.

Along representatives from knowledge partners, the Steering Committee includes in 2020 the following authorities and subject-matter experts:

The agendas for the next Ministerial will address the economic aftermath of the COVID-19 pandemic, carrying the theme of “A New Business Plan for the Global Economy.” Discussions will be focused on strengthening entrepreneurship as a key driver of future economic prosperity in the shadow of COVID-19. Never before has there been a more important moment for governments to work together on behalf of their doers and risktakers at home.

If you wish to request an invitation for your relevant government authority for the next Startup Nations Ministerial, please contact matt@genglobal.org with the full name, title, address and email contact information for your Minister's office to receive an invitation.